Here are a few important updates relating to Eric Dollard and his recent work…And thank you to the Eric Dollard Fan Club – your donations have helped to carry the lab’s operations through some tough times – especially over the last 4-5 months! And thank you to all those who send donations directly to Eric and through PayPal. Without all of your generous support, EPD Laboratories could not function.

Nikola Tesla developed the polyphase power system but originally it was four phases. Charles Proteus Steinmetz was hired by General Electrical to break Tesla’s patent and to analyze it mathematically, which he was the first to do with Versor Algebra. But Steinmetz adapted Tesla’s four phase system to a three phase system, which is still in use today. Conventional mathematics were not suitable for analyzing this three phase system without Dr. Fortescue’s Symmetrical Coordinate method.

Although this made it possible to analyze any number of phases, there has never been a theoretical basis presented for this method until Eric Dollard created it – this book is actually Part 2 to this book and lecture from the 2013 Energy Science & Technology Conference called Four Quadrant Representation of Electricity. He also simplified the method of Symmetrical Coordinates beyond anything that has been done in engineering history while completely preserving it’s functionality.

This book shows the methods that not only apply to power systems, but can actually be used to analyze ANYTHING that uses multiphases such as the music of Bach, which has multiple phases overlayed on top of each other. This math is also known as Sequence Algebra and we are only at the tip of the iceberg with what Eric made tangible for so many more engineers, those who study music and more.

There is an interview with Eric where he gives a great outline of what this book is about and why it is important and it is put into a YouTube video – this will be available on the homepage for the new book. We’ll send a link to this on Sunday.

Please make sure to support Eric Dollard’s work by purchasing a copy this coming Sunday – 70% of the sales goes to EPD Laboratories Inc. to help make the building payment (no longer rent since they’re the official buyers now!), utilities and other building related costs.

GOOD NEWS! What many people don’t know is that Eric Dollard recently paid almost $50,000 to David Wittekind to help pay off his debt for the building. This money was provided by a private donor. Thank you J.!!!

EPD Laboratories, Inc. is officially the new buyer and for the organization to own the building outright, there is only a balance of $29,000 left! Paying off this debt will relieve a large monthly financial obligation, which will allow more rapid progress since the money can go to parts and services necessary for the work at the lab, the Advanced Seismic Warning System, etc.

It is important to remember – the Advanced Seismic Warning System is only ONE application of this long lines antenna project – Eric will be able to do many Tesla related experiments with this setup.

The other funds that are needed are for shelving so that Eric can start disassembling a lot of the electronics and organizing them, 1 year of operating capital for the building (utilities, taxes and insurance), a used “Lines Truck” for digging holes and planting telephone poles needed for the end of the seismic line (they’re getting this truck for a fraction of what it is worth), an inexpensive water well drilling apparatus that will be used for for digging 30′ deep holes for the ground rods needed by each telephone pole for the seismic project (a few thousand dollars), enough parts for Eric and John Polakowski to build all the analog networks that plugs into the lines on the poles, gas money so Steve Hilsz (“The Glommeister” and director of EPD Laboratories) can come to Spokane to pick up a literal ton of Glom donated by Mark McKay (Spokane1 of Energetic Forum), etc.

We’ll be sending a link soon…please support EPD Laboratories by donating to this campaign once it is launched on April 1st and please pass it on to your friends.

Imaginarium Labs is making a series of short videos to help build awareness for Eric Dollard’s work. They’re fans of Eric and want to do what they can to support him. Please check out this video and give it a thumbs up to show your support: 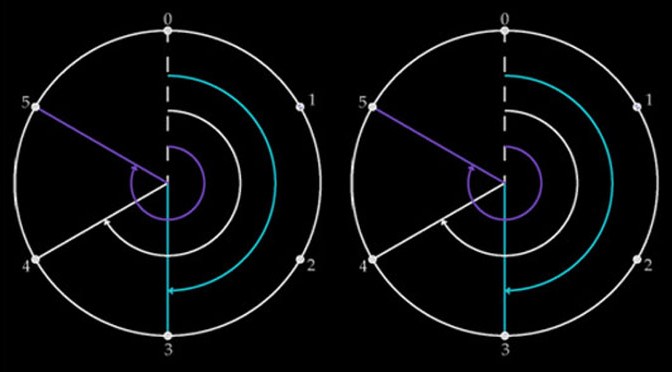 Only for those with a sense of humor… Now back to reality – https://emediapress.com

The presentations are available here: https://emediapress.com/shop/combo-electromagnetic-induction-propagation-method-symmetrical-co-ordinates-applied-solution-polyphase-networks/ Check out this brief video where Eric gives his own overview of the two new presentations: