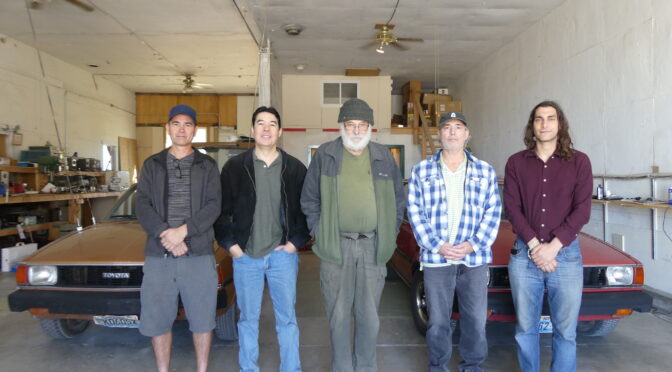 Here is a video showing the latest cleanup effort of the lab for EPD Laboratories, Inc. 501(c)3 non profit. This was a daily effort for an entire week by myself, Jari Karvonen and Alex Loseman. Special thanks also to Scott Hensler who helped with some security camera issues and a few others tasks at the building.

Please support the work of Eric Dollard at EPD Laboratories, Inc. by donating with the PayPal link in the right column or you can send checks or money orders to the address listed. These efforts are 100% supported by donations.

Make sure to come meet Eric Dollard personally at the 2021 Energy Science & Technology Conference https://energyscienceconference.com – seating is limited so get your tickets now! 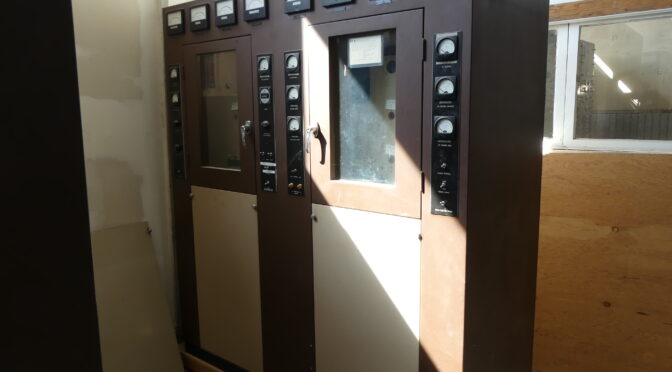 Here is a video walk thru of two large 5kw AM transmitters that will be used for large-scale Cosmic Induction Generator experiments but they’re not limited to that. It will be for ground transmission and many other Tesla experiments.

Watch the video below and make sure to donate to EPD Laboratories, Inc. to help support the work of Eric Dollard. The PayPal donate link is in the right column of this website.

﻿﻿﻿Donate to EPD Laboratories, Inc. to help support the work of Eric Dollard with the PayPal link in the right column (just scroll down) or mail a check or money order to the PO Box in Spokane.

Please share this with your friends using the links below!

Donate to EPD Laboratories, Inc. to help support the work of Eric Dollard with the PayPal link in the right column (just scroll down) or mail a check or money order to the PO Box in Spokane.

Griffin’s posts in Energetic Forum (you must be logged in to see and download the attachments: http://www.energeticforum.com/forum/energetic-forum-discussion/renewable-energy/eric-dollard-official-forum/497302-electrodynamic-seismic-forecasting

Donate to EPD Laboratories, Inc. to help support the work of Eric Dollard with the PayPal link in the right column (just scroll down) ormail a check or money order to the PO Box in Spokane.

This is a continuation of Part 1 – Charles Proteus Steinmetz’s original math model is a natural outgrowth of Nikola Tesla’s polyphase power systems. Tesla was the discoverer, but Steinmetz was the builder who first applied Versor Algebra to the analysis of alternating current power systems.

In my presentation and book Four Quadrant Representation of Electricity, my extension of Steinmetz’s work is presented in the most simple way possible using very simple analogies, pictures and diagrams. It was a very difficult task as the goal was to facilitate an understanding for the layman.

That presentation was given at the 2013 Energy Science & Technology Conference and shortly thereafter, the book version was released, which went into more detail that was not covered in the presentation.

That left a big gap in polyphase power systems until Dr. Fortescue came up with the system of Symmetrical Coordinates. This laid the groundwork for polyphase mathematics for any number of phases. And ultimately, it can be extended into the Pythagorean understanding of numbers.

The “Fortescue Method” was never fully developed because of its complexity. The proper name for this is “Sequence Algebra” and the rudiments were presented in my presentation and book Four Quadrant Representation of Electricity. Even though the system has become adopted for general engineering usage, Versor Algebra as Applied to Polyphase Power Systems and/or Versor Algebra Vol. II, Special Theories of Sequence Operators as Applied to Power Engineering is the first theoretical basis that has ever been presented on the subject.

Versor Algebra as Applied to Polyphase Power Systems and/or Versor Algebra Vol. II, Special Theories of Sequence Operators as Applied to Power Engineering is the next logical step after Four Quandrant Representation of Electricity as it takes the reader into the mathematical journey of the mathematical model and theory that is necessary to realize the unique electrical waves that exist in polypahse power systems.

These waves are actually beyond the original understanding of Tesla and Steinmetz with regard to polyphase power systems. It is important to understand that this is all possible with simple 9th grade algebra. Eric takes the reader through a step-by-step process from very basic algebra and log-rhythms into the more complex subject. The process involves very simple but numerous steps to guide the reader into the understanding of polyphase mathematics.

Through Eric’s own journey in writing this Versor Algebra book, I have been able to unify the polyphonic music of Bach and his contemporaries as this music follows the logic of sequence algebra perfectly. In fact, the book was written when listening to this music, which aided the process greatly.

Eric Dollard has 30 years experience in this specific field of predicting earthquakes by analyzing the Earth’s electrical signals. Quite a bit has been released in the past about his methods but in this new presentation, he discloses previously classified information.

This presentation starst out with an overview of a simple Earthquake prediction system successfully used in Greece days in advance. As you know, the best the governmental agencies seem to have are warning systems that only gives minutes of advanced notice. Being able to forecast earthquakes days in advance is obviously magnitudes above what is currently being used to warn the public.

This system could also give fairly accurate predictions of magnitude, location and time!

Eric describes that he detuned an AM radio so it can receive below the normal broacast band to pick up precursor noise from Earthquakes.

After reviewing some of the Greek system, he covers some of the famous Lander’s installation that took him and his associate two generations to build literally. He show a lot of video clips and pictures from that facility that have been shown before, but this time, he is narrating it with details that were not previously revealed.

Get the presentation here:
https://emediapress.com/shop/electrodynamic-seismic-forecasting/

For the first time in four years, Greg Carlwood of Higherside Chats invited Eric Dollard to be a guest on his popular, online radio show. If you look at the comments posted around Facebook, etc., you will want to hear this one!

This interview is 1 hour 14 minutes and you can stream it right from Greg’s website here:
https://www.thehighersidechats.com/eric-p-dollard-tesla-tech-understanding-ether-the-digital-demon/

If you want to download a copy for your archives, goto the page above and look at the right side of the player. You’ll see 3 dots that are all vertical. Click those dots and you’ll get an option to download it in MP3 format.

Make sure to share this link with your friends so they can listen to it as well and consider making a donation to EPD Laboratories, Inc. by PayPal or through the mail. Donation details are in the right column.

Much of Oliver Heaviside’s work is unknown to most electrical engineers but they are somewhat familiar with Heaviside’s Telegraph Equation.

In Heaviside’s Electromagnetic Theory books, Parts 1, 2 & 3 there are quite a few concepts that cover the very nature of energy and what it actually is that most people have never heard of.

This is the exact version of the book used by Eric Dollard: Electromagnetic Theory

The reason this topic is so important is because it rewrites the very foundation of energy science and shows what energy is and what it isn’t. Essentially, virtually everyone uses the term ENERGY incorrectly and what this all leads to is very disruptive to the current paradigm.

Watch the video below to get a sample of what is in store for Eric Dollard’s future presentation.