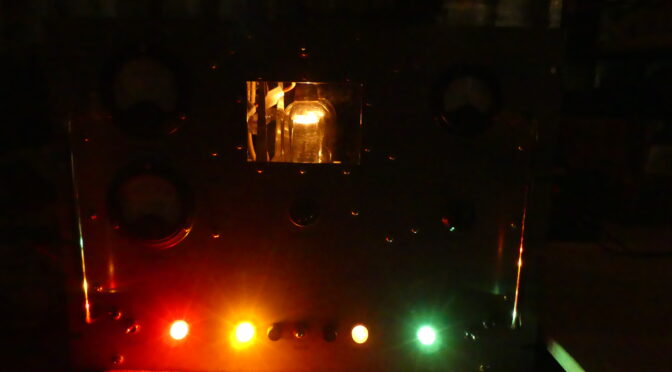 This is an update from January here at the shop in Spokane with Eric Dollard. We’re working non-stop on this project with the hopes of being able to demonstrate this at the 2021 ESTC – seating is limited, get your tickets here: https://energyscienceconference.com

At this point now, we’re actually 99% done with the audio rack and are making rapid progress on the RF rack, which we will show you very soon. Below are THREE videos that I had time to edit and make avail – there are quite a few pictures and videos that I’ll post in the near future showing more of the progress that we’ve made.

Please donate to EPD Laboratories, Inc. – donate info is in the right column.

Video #2 below is from January 30, 2021 and is a short video of the old HP Scope that Eric rejuvenated back to life.

Video #3 below is from January 31 and February 2, 2021 and shows the 1940s Collins Transmitter, which sat out in the Arizona desert getting rained on, etc. and it is now in working condition. There are some general updates in addition to some details on the Tesla Coils that the tuning unit will be feeding. Most of the coil project is already built and we’ll show pics/vids of that later.

﻿﻿﻿Donate to EPD Laboratories, Inc. to help support the work of Eric Dollard with the PayPal link in the right column (just scroll down) or mail a check or money order to the PO Box in Spokane.

Please share this with your friends using the links below!

When I was down in West Central Nevada at EPD Laboratories, Inc. we recorded this live call where a few people asked some questions related to the presentation. Listen to it below and please consider donating to EPD Laboratories, Inc. using the PayPal button in the right column. This helps to make these projects and experiments possible!

Go here to get this history-making presentation:
https://emediapress.com/shop/theory-calculation-operation-colorado-springs-tesla-transformer/

If you ever wanted to know the truth down to the finest detail on what Tesla actually did, here is your opportunity. Not only will you learn the operating theory and more data than you will ever want to know, you’ll get all details on how to replicate a 20:1 scale model along with an actual demonstration by Eric Dollard and Bruce Gavin. So, it’s not just talk, you see the demonstration that blew everyone away!

Go here to get your copy now & learn more – see some pics!! https://emediapress.com/shop/theory-calculation-operation-colorado-springs-tesla-transformer/

On the download page, you can get the 3 zip files that have everything in hi resolution format, but it’s fairly large. If you have limited bandwidth, you can get the lower resolution ones that are quite a bit smaller (still a lot of megabytes). The point is that you do NOT need to download all 6 zip files, just hi-res or lower-res. Hi Res is 1920×1080 and the lower one, which is still high quality is 1280×720.

There are 5 things that come with this package.

The introductory discounted price is only good for the next 24 hours then it goes up to the regular price.

Go here to get your copy now & learn more – see some pics!! https://emediapress.com/shop/theory-calculation-operation-colorado-springs-tesla-transformer/

A portion of the proceeds to go EPD Laboratories, Inc., a 501(c)3 non-profit organization dedicated to the work of Eric Dollard.

It’s taken a lot of work to get this into a paperback template, but Versor Algebra – As Applied to Polyphase Power Systems Part 1 is now on Amazon!!!

Eric Dollard’s description of the book: “Charles Proteus Steinmetz’s original math model is a natural outgrowth of Nikola Tesla’s polyphase power systems. Tesla was the discoverer, but Steinmetz was the builder who first applied Versor Algebra to the analysis of alternating current power systems.

In my presentation and book Four Quadrant Representation of Electricity, my extension of Steinmetz’s work is presented in the most simple way possible using very simple analogies, pictures and diagrams. It was a very difficult task as the goal was to facilitate an understanding for the layman.

That presentation was given at the 2013 Energy Science & Technology Conference and shortly thereafter, the book version was released, which went into more detail that was not covered in the presentation.

Tesla’s polyphase power system was originally four poles or four phases. Steinmetz is the one who adapted it into a three pole or three phase system, which is the prominent system of today. The complication is that three phase systems cannot be explained by conventional mathematics. With three phase systems, there is no plus or minus and that is the reason why the conventional math doesn’t work any more. That left a big gap in polyphase power systems until Dr. Fortescue came up with the system of Symmetrical Coordinates. This laid the groundwork for polyphase mathematics for any number of phases. And ultimately, it can be extended into the Pythagorean understanding of numbers.The “Fortescue Method” was never fully developed because of its complexity.

The proper name for this is “Sequence Algebra” and the rudiments were presented in my presentation and book Four Quadrant Representation of Electricity.

These waves are actually beyond the original understanding of Tesla and Steinmetz with regard to polyphase power systems.It is important to understand that this is all possible with simple 9th grade algebra. I take the reader through a step-by-step process from very basic algebra and log-rhythms into the more complex subject.

The process involves very simple but numerous steps to guide the reader into the understanding of polyphase mathematics. Through my own journey in writing this Versor Algebra book, I have been able to unify the polyphonic music of Bach and his contemporaries as this music follows the logic of sequence algebra perfectly.In fact, the book was written when listening to this music, which aided the process greatly.”

Get your copy here: Versor Algebra

Special thanks to Jeff Moe and Simon Davies of https://www.teslascientific.com for editing and formatting the book.

For Eric Dollard’s other book, which is for any engineer at any level, get Lone Pine Writings.

Here are the latest pictures for Eric Dollard’s Colorado Springs scale model built by Bruce Gavin. This will be for a demonstration at the 2019 Energy Science & Technology Conference when Eric presents:
THEORY, CALCULATION AND OPERATION OF THE COLORADO SPRINGS TESLA TRANSFORMER – WITH DEMONSTRATION

There are only a few seats left, the conference site will be updated soon to reflect the new numbers. Register and get your tickets for this once-in-a-lifetime opportunity: Energy Conference

Please donate to EPD Laboratories, Inc. to support the work of Eric Dollard in projects like these. Donation info is in the right column. Also, please share this page with the share buttons below.

Please donate to EPD Laboratories, Inc. to support the work of Eric Dollard in projects like these. Donation info is in the right column. Also, please share this page with the share buttons below.

Here are the latest pictures for Eric Dollard’s Colorado Springs scale model built by Bruce Gavin. This will be for a demonstration at the 2019 Energy Science & Technology Conference when Eric presents:
THEORY, CALCULATION AND OPERATION OF THE COLORADO SPRINGS TESLA TRANSFORMER – WITH DEMONSTRATION

There are only about 50 seats left, the conference site will be updated soon to reflect the new numbers. Register and get your tickets for this once-in-a-lifetime opportunity: Energy Conference

These pictures are provided by Bruce Gavin who is building the Colorado Springs scale model demonstration unit for Eric Dollard’s upcoming presentation THEORY, CALCULATION AND OPERATION OF THE COLORADO SPRINGS TESLA TRANSFORMER – WITH DEMONSTRATION (240min).

Below are a few pics but does not show everything needed for the project. More updates will follow. These parts are paid for by YOUR donations so thank you all for your support! If you would like to help pitch in, please use the PayPal donate button in the right column or you can mail a donation to the address provided. Your donations are tax-deductible since EPD Laboratories, Inc. is a 501(c)3 non-profit corporation.

At the time of this post, 58% of the seats are already sold out for the 2019 Energy Science & Technology Conference. There are 62 seats remaining and they will all sell out before the conference. Register and get your tickets here: Energy Conference

This Colorado Springs scale model is discussed by both Eric Dollard and Bruce Gavin in this recent live call: 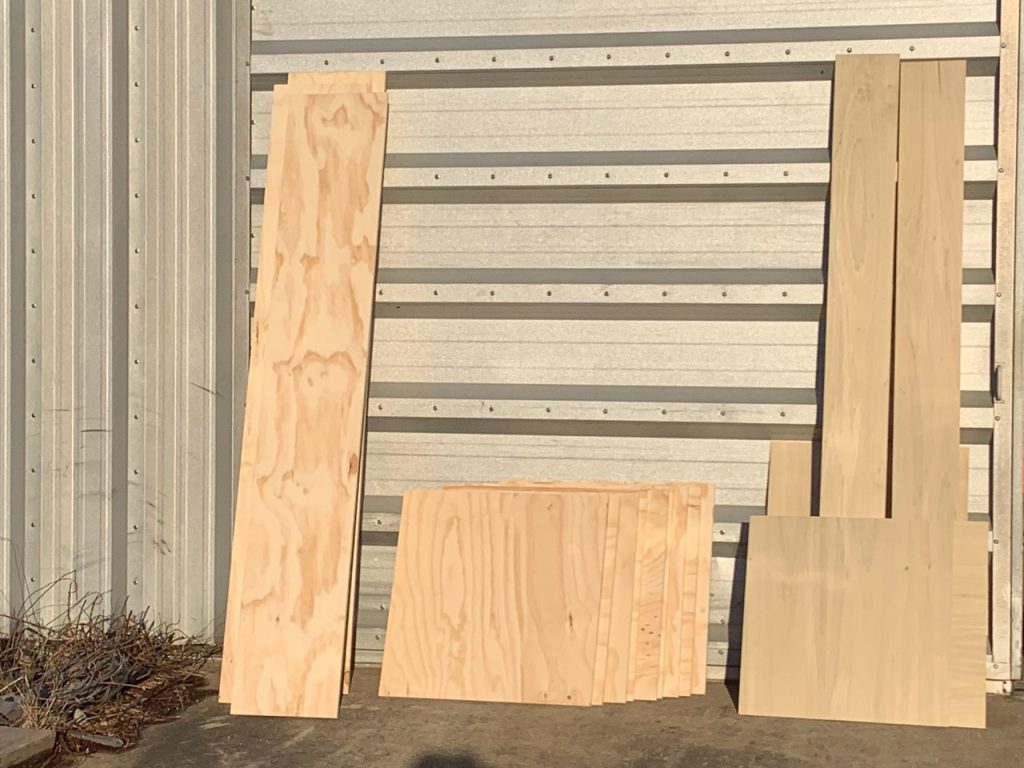 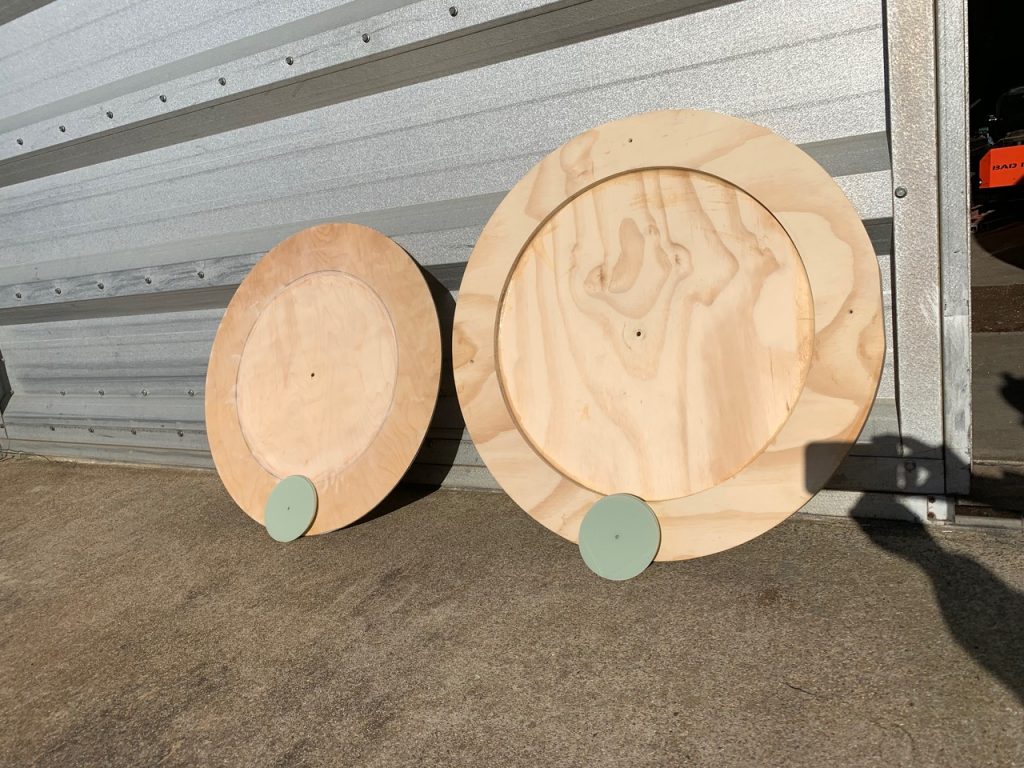 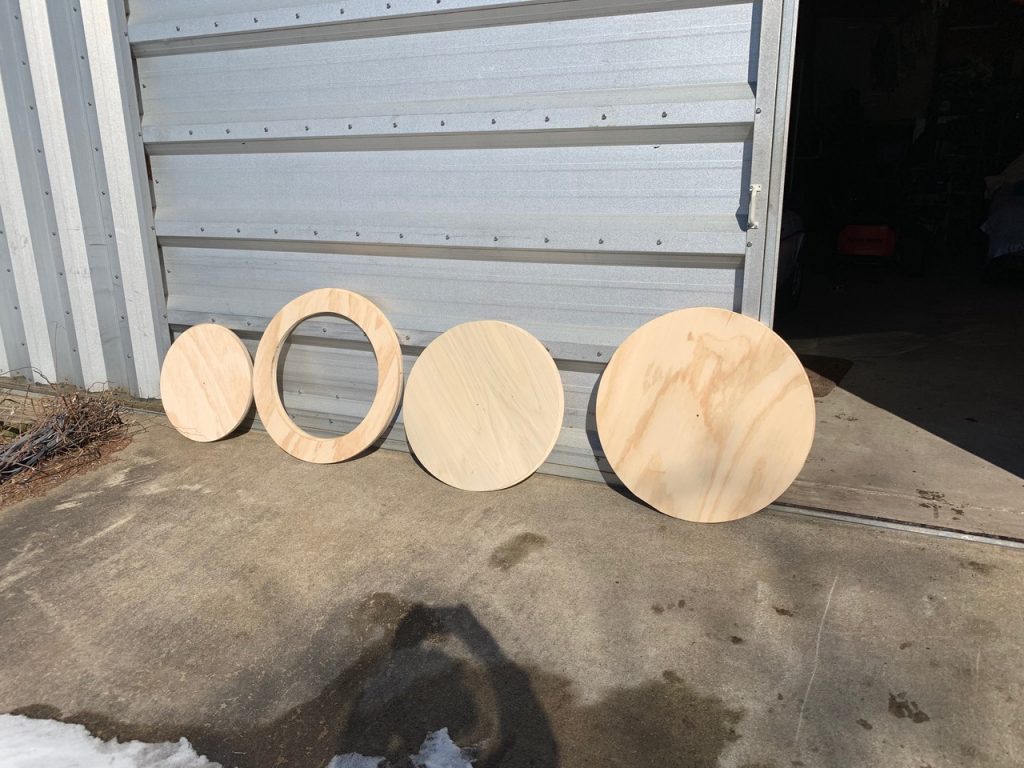 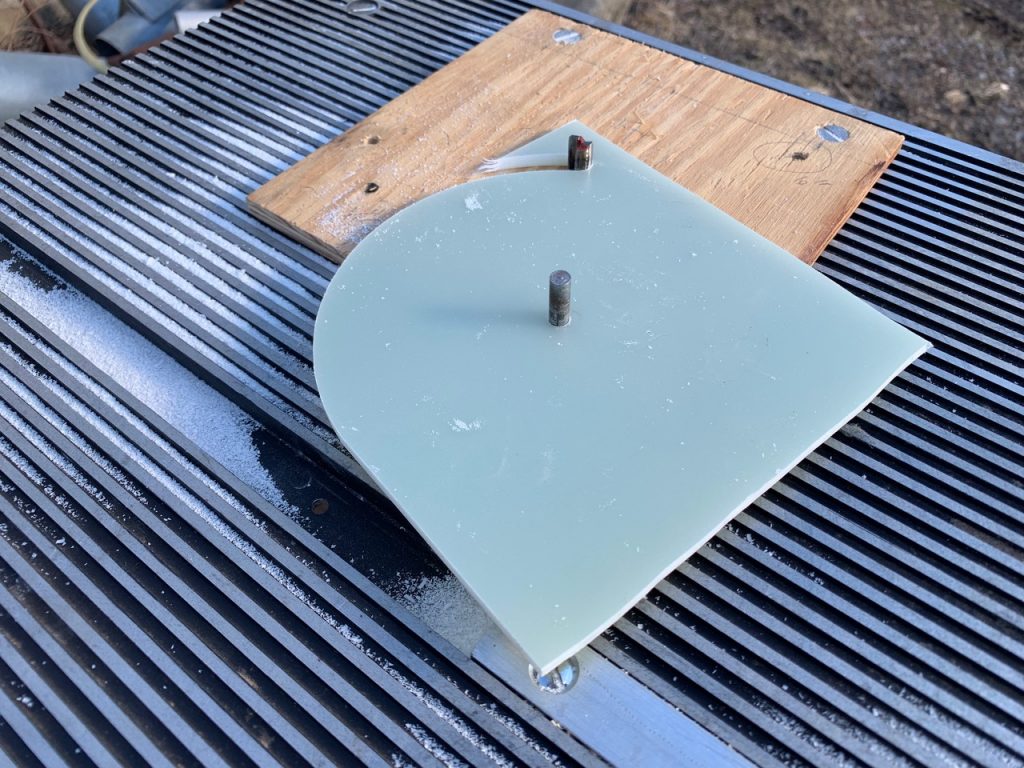 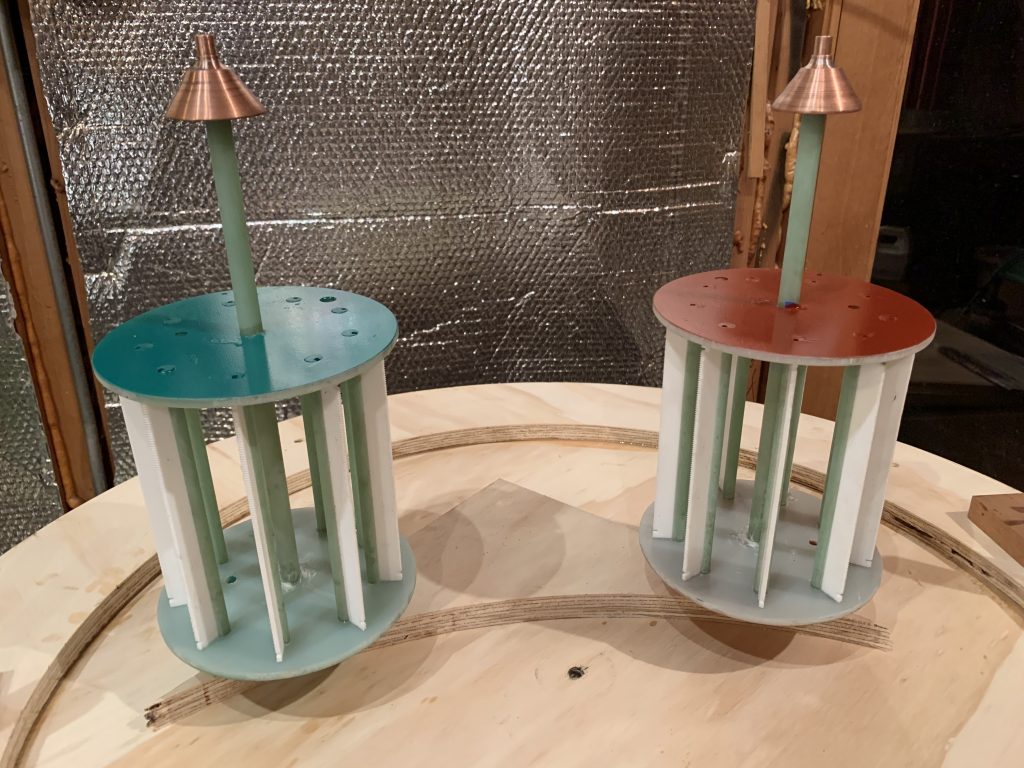 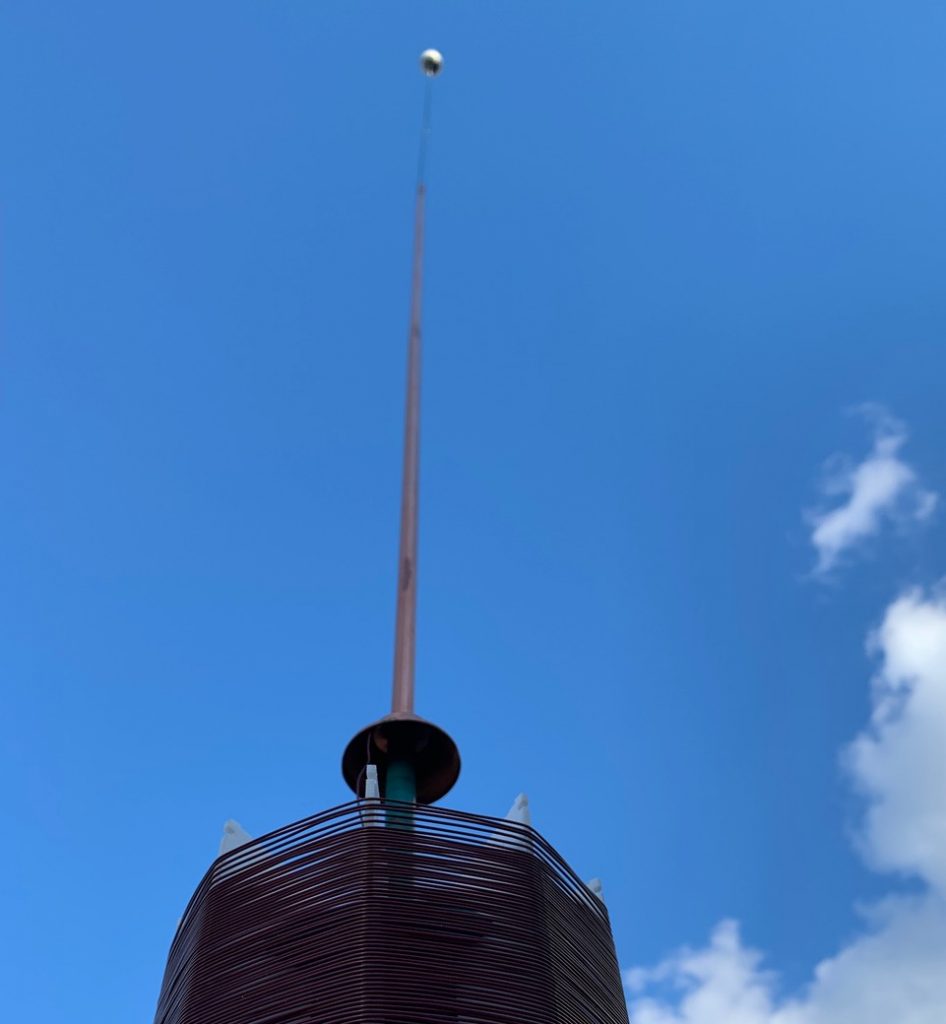 Please share this with with your friends using the links below – thank you for supporting the work of Eric Dollard and EPD Laboratories, Inc.

In this live call, Eric Dollard covers a lot of ground. He gives a brief overview of Ernst’s Tesla book, which you can read about here: Tesla’s Magnifying Transmitter: Recreating Tesla’s Dream

He also covers quite a bit about his recent paper Revival of the Electrical Sciences in the Digital Age.

Both of his upcoming presentations at the 2019 Energy Science & Technology Conference are discussed and already 50% of the seats are already sold out. They’re going quick so register and get your tickets here: Energy Conference

Questions from callers include some very technical mathematical discussion, some simple concepts of Impulse Waveforms, some of the latest writing projects Eric is working on and an update on the Tesla Colorado Springs scale model replication by Bruce Gavin with some pics in the slideshow. Also, Eric Dollard’s Versor Algebra books I & II are coming to Amazon as paperbacks soon.

Listen to the entire call here and please considering donating to EPD Laboratories, Inc. a 501(c)3 non-profit corporation – all donations are tax deductible. Please share this page with your friends with the links below the video.